Why Harry Potter Should Help Raise Your Kids

I’ll admit coming late to the whole Harry Potter thing. As in, really late: a few weeks ago I just embarked on book three. I don’t think there’s much better than a day off work, chocolate plus Fritos, and a great book like a warm blanket.

This is only to be topped by making your own story magic. Clearly I had this figured out at nine: that my little cahier could hold a hundred stories. This was my version of wizardry and casting spells. 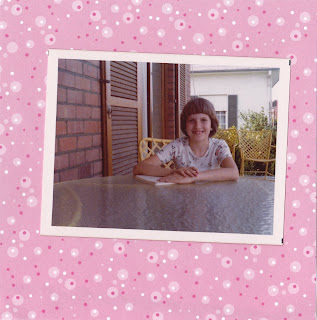 If Harry Potter tales make you feel safe yet make your heart beat fast, and if they make you forget yourself, then we already have three good reasons for our kids, preteens, and even older teens to read them. We all want escape–the healthy kind that lets our mind rest, our spirits calm, and our hope soar.

You can enjoy the twisty turns of the hairpin plot for sheer, diamond-slope action and breathless momentum, and you can also read deeply for gems in the subtext–the values. I’ll dare say “family values” said here without praise or scorn, but what I think family values ought to be. What Harry finds at Hogwarts–his real family–teaches him to be a wise, kind human being.

Some Adults Do Know Best. Professor Dumbledore has Harry’s back and he knows exactly what tools Harry will need when. Plus, everything’s better when he’s around.

Phonies: Not Just Made for Muggles. Check out Professor Lockhart in Harry Potter and the Chamber of Secrets. WIth him Rowling mirrors our society’s PR hounds and paparazzi, showing us how easily we’re sold by a stunning smile and a flashy tale. He’s also a bad a fake as the Dursleys who lie their way through life, a standout moment being when they pretend Harry doesn’t exist in order to impress a potential customer, Mr. Mason.

And a corollary of that: The Truth Will Always Out. Whether in the form of a house elf Dobby or Hagrid’s baby dragon, you can’t hide things for long. These symbolic outings won’t be lost on the likes of Bernie Madoff or any Hollywood star who’s tried to conceal adultery.

People Choose Evil. We May Want Slytherin Down Deep in Our Hearts, But We Don’t Have to Go There.

Heroism is Handed to the Unlikely. The Messy-Haired, the Orphaned, the Quiet. Initially, Harry is unimpressive. He’s a victim, he’s a dodger of bullies, and he’s a skinny survivor who barely escapes high jinks hardly of his own making. We’re not ready to hold any parades, and he’s not even as well-defined as the academic, obsessive Hermione or the goofy, hot-headed Ron. Yet he emerges strong, wise, and dependable at all the right moments. We also like to believe that our ordinary selves might be worthy of note someday for great deeds.

Even When You’re a Hero, People Will Hate You. Every time Harry and his cohorts accidentally lose points for Gryffindor, the rest of his house and sometimes the whole of Hogwarts turn on him. At least with the first two books, Harry’s fans are quite fickle.

Your True Friends Stay With You When It Gets Ugly. Like Forbidden Forest ugly. They will face basilisks and white queens and boggarts and trolls for your sake. I don’t think quirky friends come more loveable than Hermione and Ron, and the secondary characters like Neville Longbottom also have their heroic scenes.

More Expensive Sports Gear Doesn’t Mean You’ll Win. No matter what Malfoy’s dad just bought him yesterday, sometimes you’ll get the snitch with the 2000 model, and that’s all that matters. 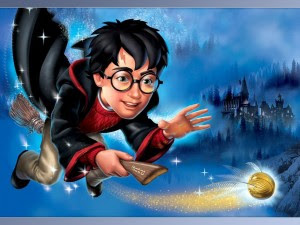 These are just my first musings of why Harry’s captured hearts. I’ve hit on themes because I’m thinking a lot these days about YA books being redemptive. Check out how blogger and author Nathan Bransford identifies Rowling’s other skills–allowance for character flaws to management of an artful, intricate plot to deft usage point of view.

Back to Book Three. Sirius Black’s on the loose in Hogwarts. Why I stopped there, at one of the scarier moments, I’ll never know. Wait: yes, I do. Another tenet for the list of Family Values: Sometimes You Have to Put the Book Down, Because When You’re Big, There are Consequences the Next Day.

Which is why I miss being nine and staying up late under the covers. I wasn’t the one who had to get me up for school in the morning. (Thanks, Mom and Dad!)

— Which Harry Potter character are you? Why?
— Which Harry Potter book is your favorite? Why? What do you remember most?
— If you could make a bumper sticker that sums up what a Harry Potter book or the whole series means to you, what would you choose?
— Write four status updates or tweets for Harry or another favorite character.
— Do you believe in magic? Why or why not?
— How do you define magic? Is the magic in the Harry Potter series true magic, in your opinion?
— Write a story where a character suddenly discovers s/he has a certain power unknown before this moment.

— Have you read the Harry Potter series? Why or why not? Which YA or middle grade or children’s books do you prefer?
— Are the messages that the series sends the kind of messages you feel are wholesome, redemptive, and wise? Why or why not?
— If you could craft a series for children, preteens, or YA, what messages would you like the work to subtly or not so subtly send?
— Some agents tell those who write middle grade or YA works to take care that their works don’t come off as “preachy.” Have you read any works that seem that way? What do you think? Should authors take care to be more subtle, symbolic, and clever with sending messages through their works?
— Should authors even bother to send messages or should they just tell the story?
— Make a list of books you must teach and books you would like to teach. Which books are a risk? Why? How might you explain and teach them in a way that others see these works have merit?