“I shall title this journal, How Wendy Redbird Dancing Survived the Dark Ages of Nought.”

Ever read someone else’s words and get chills that this stranger’s on your very same wavelength?

Yesterday at Forbes, author Jason Oberholtzer shared his mind with “In Defense of My Generation.” Though I couldn’t have written such an essay, I do feel as if I’ve written such a book. 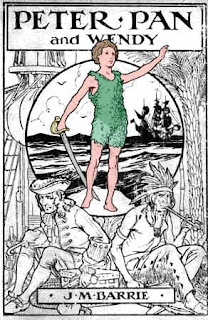 Wendy Redbird Dancing (protagonist of my novel) would agree with him that this time we’re living in needs some name, so might as well pick one. He points out that the 21st century is “the unnamed decade.” He lists common titles–“The Two-Thousands, The Ohs, The Naughties, Noughties, Aughties, Oughties, or The Aughts.”

Wendy votes for “Noughts” in an age where she finds communications ephemeral, people undependable, and dark forecasts everywhere she turns. She would say a big amen to his assertion that “We grew up with loose ends, loose labels and high expectations”–and then promptly introduce you to her mother, Sunny, who deems everything negotiable.

Wendy who loves the King of Pop, Michael Jackson, as her lord, savior, and saint, would agree with Oberholtzer that she is indeed part of a lost generation. He calls it a “Peter Pan generation” mired in questions and fears, suspicious of all things institutional and people over 30. In an age of reality TV, TMZ exposes, 24-7 news flashes of scandal as leaders fall like Lucifers, Wendy can’t help but see like Oberholtzer that “every institution we have been taught to hold in esteem has, in the last decade, given us ample reason to question their (sic) integrity.”

Wendy has Paris Hilton, Britney Spears, George Bush, the Catholic Church scandal, WMDs, Enron, and Halliburton, Wall Street, and the housing crisis in her news feed. All are reason to wonder who can she trust. And that’s just on her TV. The people closest to her have shown that material goods and fleeting feelings are the best things to cling to in a crisis–and we all know how that approach works out. At the start of the novel, Wendy realizes she can no longer cover for those responsible for her and needs to find a new path with true integrity.

Oberholtzer has at least six years on Wendy, but his spirit and analysis reflect her sober assessments. Here are a few of his thoughts that Wendy “plays out” for the reader, through direct experience and feelings:

–“Osama Bin Laden has actively defined my generation…The event that welcomed us to the adult world taught us that evil is real, justice is complicated and institutions are fallible.”
–“So let’s please do away with the following seductive assertions: we have no regard for sacred institutions or hard work and we prefer our mother’s basement…”
–“We do not shirk responsibility. Our coming of age involved a massive reassessment of the meaning of responsibility. Individualism is often a characteristic of one who has reason to believe he or she is alone responsible for the future, when traditional models have failed.”
–“We don’t want pity.”

Wendy’s coming-of-age tale forces her to confront some terrible truths. There’s the internal pain from a past trauma she must face, but there’s the external anguish from one person closest to her she must confront and overcome. She finds her target, takes aim, and moves forward with her destiny.

As minds shimmer with the same thoughts across cyberspace, radiating kindred feelings, Wendy whispers in my ear. She says that if this is so–people who are strangers can think so alike–then she does, strangely enough, have hope for humanity in this lost and limbo Age of Nought.