The Nerd Hero: Does it Work? 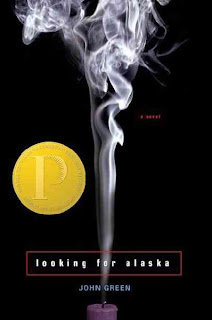 “I wanted to be one of those people who have streaks to maintain, who scorch the ground with their intensity. But for now, at least I knew such people, and they needed me, just like comets need tails.” — Miles Halter in Looking for Alaska

Maybe it’s because I’m mired in Harry Potter novels that I’m intrigued by what I call the Nerd Hero–unassuming male protagonists who are bookish, scorned wallflowers until external events force them into action. I’m wondering whether heroes should be exceptional from the get-go, as Aristotle argued and Shakespeare offered with the likes of Macbeth and Caesar. Does it work for them to be the retiring, quiet nerds?

Miles Halter in the YA novel Looking for Alaska by John Green is a prisoner of his own “minor life.” To shake things up a bit, he heads to boarding school, in search of a “Great Perhaps.” He spends the majority of the novel following his roommate, Chip Martin, AKA the Colonel, who drinks a ripe concoction of milk + vodka, prides himself on a record number of ejections from basketball games, and boasts a long history of dangerous pranks. Miles also falls in love with Alaska, a mischievous, lewd, brilliant, and unbalanced girl who embraces pranks, sex, and books with equal fervor. Other characters, from the Eagle (the headmaster) to Takumi (a classmate who talks with his mouth full and raps elegantly), pop up in Technicolor while Miles Halter dutifully studies for his classes, analyzes those around him, and pines for Alaska.

Miles in his hesitant approach to life (thus “Halter”?) is a character whose function is to mirror others. He’s the mild, nerdy counterpoint protagonist who doesn’t dare upstage the racy, rebel classmates. He stays minor so as not to steal their comet fire.

This is realistic, this is true to life, but is it what we the people want? Shouldn’t a minor character rise to major action at some point in the course of a novel–action bigger than pranks and deep sorrow? Because while “Miles to Go” Halter is much wiser at the end, his most internal, intangible shift doesn’t shake my soul.

Likewise Harry Potter is more mirror than actor for a good portion of book one. He’s dull compared to the colorful Ron (redheaded, too) who guarantees clumsy, hot-headed behavior. Hermione is more memorable than Harry for her academic zeal and busybody flair. Even the Dursleys, more caricature than characters, are better sketched–louder, fuller, easier to see. Harry can’t even recall the most important event of his eleven year-old life: surviving an encounter with Voldemort. His most interesting moment happened prior to consciousness. He’s a blank slate that needs a few scratches.

But when Harry finally looks in the Mirror of Erised in the most climactic scene, he earns the brave and wise culmination of a series of major actions, heroic actions throughout the novel. When the stone drops into Harry’s pocket, he’s earned it for being courageous, loyal, and pure of heart.

Miles stands up to peer pressure once but most of the time, he waits for orders from the more outrageous Colonel to execute various pranks. He dates the girl Alaska chooses for him and even follows Alaska’s instructions for a sexual encounter. He says, “She taught me everything I knew about crawfish and kissing and pink wine and poetry. She made me different.”

He will still have to work hard to be as different as Alaska. She’s a bit of a basket case but the one we all want to watch. Maybe Miles is too normal a nerd, in that he comes from nice parents who love him. The Colonel’s and Alaska’s family histories are much more complicated. That sets these characters up to hunt hard and fast after something, even if they don’t know what they’re chasing. Miles isn’t chasing much of anything save a “Perhaps.”

Harry steps out with a concrete, jock action–looking like a Division 1, number-one draft pick for quidditch. He dashes to the ground at top speed in search of the snitch. And he rushes headlong into a confrontation with Voldemort, his worst enemy. He also chooses Gryffindor over Slytherin. These are deep moral choices with consequences; meanwhile, the worst enemies at Culver Creek are the rich kids who are minor irritations at best, despite a horribly dangerous prank they pull on Miles in the beginning. That seems a missed opportunity for a powerful conflict, but neither the Colonel nor Alaska seem that disturbed by what Miles goes through.

Miles’ biggest regret is not doing the right thing before he loses Alaska. It’s a pretty big miss, and one that any teen could be guilty of, tonight. A huge moral miss. Harry has no such regrets.

Is this a problem? In the contemporary YA novel, perhaps not. Many of us are no doubt just like Miles–lukewarm in most of our actions in a world full of illusions and grays that we can’t wave a wand at. Especially in a difficult transition such as adolescence, we handle liminality by retreating and doing what I call nerd-ing: maintaining that hyper-reflective, observing, analyzing, hiding, and quiet stance. Maybe us nerds, we’re not so much mirrors as deep pools, with all kinds of untapped potential swirling beneath our still surfaces. Maybe we watch others’ dangerous lives as a dress rehearsal for our own. And maybe we let bad things happen to people. That banality of evil stuff. The only penance is Miles’ deep sorrow.

In the last pages he gains a redemptive wisdom–a gift of forgiveness we all must find when we lose someone. The musings on faith, religion, and the meaning of our minor lives are worth reading as separate essays, and I’ll no doubt go back to these pages.

A last note about nerd heroes, in light of craft: If Miles is the comet tail to Alaska and the Colonel, he brings light and attention to these outsiders, these fringe rebels looking for causes. He is necessary for them to exist–they must have someone to bump up against, even burn–and he reinforces their meaning by following their teachings. These character relationships are very realistic for a contemporary YA novel, where adolescents raise one another, abandoned by absent or incompetent parents and teachers.

But I maintain that the Nerd Hero works best when the circumstances he finds himself in are extraordinary. Hogwarts is an exceptional place to go to school and houses a most exceptional student–the orphaned, scar-marked Harry Potter. Culver Creek is a memorable boarding school, too, with its marauding swan; its intrepid, CIA headmaster; and its rebel warriors. The only piece missing here is the protagonist being exceptional. Miles is smart, kind, and interesting, but in a minor way. He’s too normal of a nerd to take any compelling, concrete risks.

Miles’ one unique feature is his fascination with famous last words, as in Rabelais, “I go to seek a Great Perhaps.” He can tell you important people’s final words on their deathbeds. That’s quite a streak, but it won’t scorch anyone’s earth. I know a lot of people, including myself, who didn’t leave scorched earth behind in high school, and perhaps that is why we’re still here. Maybe if we’d been better rebels, our tombstones would be the only thing left standing.

In his review of the movie Green Hornet, NPR critic Kenneth Turan says, “How great to have a hero who doesn’t have any powers. Let’s make him a bumbling and ineffectual fool into the bargain…It’s a dicey idea, and the attempt to implement it has been ruinous.”

Looking for Alaska and its nerd hero aren’t failures in the least; it’s a witty, thoughtful book with memorable characters. But there’s a reason it’s titled Looking for Alaska and not named for Miles to Go Halter. Miles is still looking, like so many of us, at the novel’s end. Still a sideliner, follower, armchair warrior, this nerd has many more people to observe before he steps out, alone, on his own faith.

Writing Prompts: Please note that writing prompts should always be pursued in emotionally-safe environments with the supervision of someone who interested in encouraging good writing, self-awareness, and reflection. A wonderful resource is Pat Schneider’s Writing Alone and With Others.

© Lyn Hawks. Writing prompts for one-time classroom use only and not for publication in any form elsewhere without permission of this author.

— If you give contemporary novels to your students, do you aim for more realistic portraits of teens or the above-average, exceptional hero? Why or why not?
— Would you teach Looking for Alaska? Why or why not? Check out the Discussion Guide from Penguin here.
— Is Harry Potter the kind of heroic nerd you endorse? Why or why not?

— Define nerd. Do you distinguish nerd from geek, dork, and other terms? Are you or is someone you love a nerd?
— Is it cool to be a nerd? Why or why not?
— Do you like nerd heroes in your books or movies? Why or why not?
— Define hero in light of a story–how do you know a nerd has been a hero by the end of the tale?
— Is American culture pro or anti-nerd or something else in its stance?