More than halfway through my latest novel, I’ve been thinking a lot about why I keep going. Writing is a business full of few favors, lucky breaks, or sudden hits.

One thing I’ve figured out after many years in this game is that defeat is my fuel.

Whatever you’re striving for now, how have you transformed defeat?

Let me know how you get past quit. Share below!

It’s a Marathon? Yes and No

We’re all charmed by the debut novelist’s story, that bestseller so swift and effortless in its rise. It’s the Very American Dream of Young Thing Makes It Big. We’re most thrilled by the young and pretty ones who finish first, and we’re much less curious about the marathoners right behind them—sweaty ones who’ve been in this game a while. 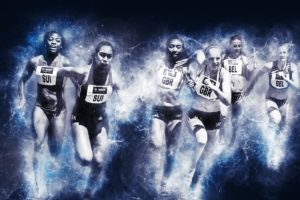 I have a writer friend who “hate reads” work by celebrity authors under 30. She’s not yet 35. I laugh and tease her about it and yet I completely understand. The nature of this game inspires envy and competition. Hard work and all the countless hours logged while your skin wrinkles and your hair grays—that’s not a sexy story that our culture tends to celebrate. And if that’s where you’re living, in Hard Work World, it’s easy to believe no one really cares about what you’re up to.

The publishing race is a very narrow path, the tightest of pipelines, and so where the marathon metaphor breaks down is the assumption that the first to finish is always the best.

Actually, all those bringing up the rear might be bearing gems—it’s just they can’t get attention. Publishers tend to look backwards when gambling on a book—what’s hot now? What’s the trend? Let’s go with what worked before.

Most of us who make it go hard and get defeated for years. Not just two or three. Decades, friends. Decades of hearing no or not now.

Like one editor said about my novel, @NervesofSteel, that’s been on submission:

Both hazing and sexual abuse in its many insidious forms are issues that are important to me to talk about, and feel especially important with the public conversations happening right now. But I want to approach the topic with care, as much as I also want to support transparency…I don’t think I’m the right one to champion it—and I fully believe a project like this deserves to have a champion.

Now I could take this feedback and tell myself to shy away from tough topics like hazing and sexual abuse. They’re a hard sell, right?

But instead I say to myself: This is not defeat. This is a chance to find a way to write about these issues so that editors want to sell it. How do I do that?

Minerva, AKA @NervesofSteel, she deserves a home!

Trust she’ll get one, one day. Getting mad revs me up and sends me back into the fray.

Believe Your Art is Meant to Be

The trick is in believing your art is meant to be. Refuse to believe you’re cursed, that you’re destined for last, or that your work has no place in the world.

Maybe I should have seen the 100-some rejections back in 2009-2010 from various agents as a sign that a) I’d never get an agent and b) just go ahead and accept defeat.

Instead I paid close attention to the personalized rejections, the request for partial reads, and the requests for full reads. I took notes, asked questions, and kept querying.

But maybe I should have really seen the signs back in 2011 when she missed several emails and I had to re-send them. When she tended to speak in generalities when reading my work, saying, “Where’s the story?” instead of “Try this/fix this.” I started to question my novel. Maybe my writing wasn’t worth attention if she didn’t answer my emails or couldn’t tell me exactly what to edit. Maybe I needed to take the hint and stop? (The same book we were ripping up, it was a runner-up in the 2011 James Jones First Novel Fellowship contest.) Maybe I should have packed it all in right then.

Instead I did three rounds of revision with her and when there was no sign the book was going to get subbed out, I chose to part ways, amicably. I knew in my gut the latest revision was worth something, and that it was time to tie a bow on it and go indie.

So I applied for a Elizabeth George Foundation grant and received a large one.

I used those funds to build a professional website, to fund the publishing of three books—developmental editors, copy editors, cover designers, and book formatters—and to fund a book trailer.

How Wendy Redbird Dancing Survived the Dark Ages of Nought from Lyn Fairchild Hawks on Vimeo.

And that’s just the novelist part of my journey.

Parallel to all this, I was writing literary short stories, study short stories in my own private, personalized MFA program, and querying various literary magazines. Maybe I should’ve seen the signs screaming STOP when I struck out on several magazines—sometimes waiting six months to a year to hear—or hearing nothing.

Instead I listened to the times I became a finalist in contests—like “The Flat and Weightless Tang-Filled Future” winning first prize with AROHO and funding my first Macbook Air, which felt light as a feather and sticks with me to this day. That same story just made it last month to the quarter-finals of the Screencraft Cinematic Short Story contest. 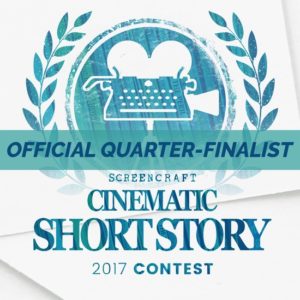 I didn’t make it to the semifinals, but guess what? I’ve entered a few more contests. My short stories have won and placed before. Don’t stop believing.

Or there was a time I got a call from Stanford Magazine. That short story that didn’t win our creative writing contest, might there be a potential memoir piece buried there, one you’d be willing to try? the editor asked.

I’m in, I said. The editor saw the autobiography within. That led to “Gramma’s Day.”

Maybe all the stresses of the day job and step parenting—countless frustrations and fails on those landscapes—should have told me to ease up, relax, and chill on my weekends instead of scraping and scrapping after this writer’s dream.

Instead I held book signings and entered contests and applied for grants.

Maybe my indie publishing experience, which has taught me that no matter how great you think your books might be, you must have the time and resources to market and promote—maybe that realization should have shown me the door to this business. Hey, you! Woman with the day job, you don’t have time to write and hawk your wares. Try something else.

But instead of writing all my indie work off, I used it as part of my bio to query agents again with the latest novel. And after many a query, I landed my amazing agent, Amy Tipton of Signature Literary Agency.

Now I get not only timely critiques that made @NervesofSteel and my current project, No Small Thing, tons better, but I also get an answer to my email in under 48 hours—usually 24. Stunning. I watched her sub out a book we both believed in all last year—always its champion.

No Small Thing right now might be the next big thing. Gambling on it.

I’m still at this? Are you?

Let me know how you get past quit. Share below!

Or watch some athletes tell you how to make defeat your fuel. Michael Jordan and Serena Williams and Peyton Manning all get you to your feet in this video about how losing can be the biggest motivator.