Just the Facts, Ma’am: How I Got My Agent

I have an agent. For once, I’m a bit speechless. So let’s just focus on the facts. 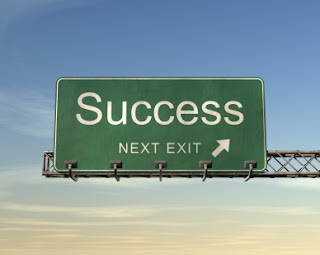 My query journey began in May, 2010. I studied model queries, and I followed helpful agent blogs such as Nathan Bransford’s, Rachelle Gardner’s, and Janet Reid’s Query Shark, so I could appropriately approach agents about my novel, ST. MICHAEL, PRAY FOR US.

Queries must commit your novel to a market, so I struggled with defining the novel’s genre. I imagined potential readers, studied books I loved with similar themes, and pictured shelves in the bookstore. First I called ST. MICHAEL “commercial” or “mainstream” and eventually “upmarket women’s fiction.” Then I decided in December of 2010 I’d written a YA novel. That was my original belief while I was writing it, but I’d changed my mind as I began querying. I wondered if some material was too adult. By December I came back to the original conclusion, figuring the material, while adult, could still be possible for upper YA readers.

I found agents everywhere I looked: in Writer’s Digest, in Poets & Writers, in blogs I followed, in Hope Clark’s weekly emails, and from friends. One friend and fellow writer recommended I try QueryTracker, which turned out to be incredibly helpful. Not only can you access contact information there, but you can also see agents’ client lists (books on Amazon) and hear from other writers about their querying experiences with a particular agent.

I Googled agents I was interested in and found Chuck Sambuchino’s Guide to Literary Agents blog and Casey McCormick’s Literary Rambles incredibly helpful. I wanted to find points of connection between my work and the agent. I also looked at some of the authors they represented to see if the genres of their works were similar to what I thought mine was. Google Books helped me search acknowledgments with agent names to see how authors spoke of their agents.

I wrote and rewrote that query countless times. I worked off of at least three different templates. Each query became its own, depending on the agent. I studied the agency web site to make sure the query format matched preferences and most importantly, to ensure I expressed what I already knew about the agent and why I hoped this agent might represent me. I shared my query with fellow writers following the same journey and made revisions.

I decided to start with electronic queries only. I found so many agents accepting electronic submissions that I opted not to exhaust another printer ribbon or ream of paper.

I queried in batches of three to five emails at a time. Conventional wisdom says wait and see what you hear from the first group and don’t exhaust your pool of agents with a query that may need work. I will admit in more frantic, worried periods of my life, I exceeded five queries in a week. I quickly learned that the wait time could be more than three months for some agents, so waiting three months on five agencies didn’t seem wise after a while.

While I waited for responses, I sought more feedback on my work from many trusted readers. I’d had readers before querying, and several more graciously stepped up to read the beast. I submitted pages to my writing groups. I completed new drafts and currently am on Draft #17. HOW WENDY REDBIRD DANCING SURVIVED THE DARK AGES OF NOUGHT became the title.

During the year of querying, I received 99 official rejections. These responses involved some variation on a form letter.

I received 48 unofficial rejections, meaning, not even crickets. Some agent web sites explained that after three months, six weeks, or whatever time period the agency chose, one could assume a no. Some web sites didn’t specify, so I made the assumption for them.

Of the official rejections, eight were personalized. Agents told me my writing was strong and skilled, that the premise of the novel was original and compelling, but the journal format or the length was not quite right. I also heard in these same responses that the market wasn’t optimal to push this type of a project or the agent didn’t feel he or she could appropriately advocate for it despite the fact he or she liked my work.

How did I know how to keep going? If I hadn’t heard in October of 2010 someone was interested, would I have kept going? I’d like to think so. These are the decisions that are gut level, inspired by stats, but not driven by stats. I’ll tell those stories later; I’m just not ready yet. This is a facts post and I’m sticking to it.

The final fact is Sarah Heller of the Helen Heller Agency is my agent. I’m very excited to be working with her and look forward to the next steps. More posts will come on the topic of the revision process and what I’m learning about prepping a manuscript for queries to publishers.

These stats represent Phase 1 of my journey. (And I thought writing the novel was Phase 1!) But if we authors dream of publication, that’s its own separate mountain and we need to pace ourselves accordingly. Pedometer, pack, map–check. Miles trekked, pounds carried, points covered–check. Break it down like a journey and the road’s not such a monster anymore.

— What do you love doing? Whether cooking, rugby, writing, or dance, ask yourself, how have I pursued it? How have I studied it? Can you convert that study to statistics–the numeric facts of your hours of study, type of tasks, and results of your labors?
— Do stats matter in art? Are stats too scientific, too clinical, too concerned with achievement?
— Have you ever spent a year pursuing something that had no guarantee of success? What kept you going?
— How badly do you want to be published? How do you know that the desire is something beyond you?
— How many agents have you queried? What are the stats of your querying labors? What about your stats impresses or discourages you?
— What have you learned from the querying process? What do you want to try differently with the next round of queries?
— How do you pick yourself up when just the facts leave you discouraged? Are you doing all you can to overcome the facts? Are you doing all you can to create new stats?
— Have the responses from your queries given you any feedback of how your query and your manuscript need to change? If not, where can you find that feedback? What revisions have you made to both?