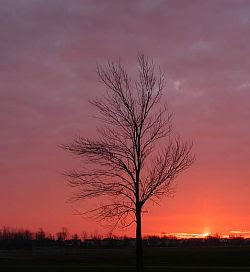 By page 24 of Rage: A Love Story by Julie Anne Peters, we learn that the protagonist, Johanna, has lost her mother, has been abandoned by her sister, has been assaulted by a mentally disabled boy at school, and has a crush on a decidedly violent girl named Reeve. Oh, and did I mention that Johanna works for hospice?

By page 24 I had to put the book down. And ask myself: How much reality can I take?

What we like to read is all about taste–whether you like chocolate with your peanut butter in an orange wrapper or chocolate so dark and pure from a Belgian clime that it tastes like butter…I know people who would gobble either. I’m not much of a memoir or nonfiction reader, so it’s no surprise that when I pick up novels, I need a coherent story woven to produce meaning. I don’t turn to narrative for a “here’s what’s happening” reflection of reality. I can turn to truTV (supposedly “actuality”) for that. I also don’t need darkly realistic fiction with no sign or hint of redemption (see my guide for signs of redemption in a work).

I know life is terrible sometimes or all the time, depending on who you talk to and when you talk to them, and I don’t avert my eyes from the news. There is plenty of hell on earth to go around–disconnection, as Qualey calls it, or abandonment and abuse. Johanna of Rage connects with no one, really, in these first pages and is pretty much abandoned or ignored by everyone. And she shows no signs of conscience or love. Her actions are based on fear and lust.

I know this is how humans behave, and some people run on these two gears only most of their lives. I wouldn’t want to be friends with them, though. I consider my reading much like my taste in chocolate–something I want to keep around and maybe try again sometime.

M or F? by Lisa Papademetriou and Chris Tebbetts I did keep reading. Some would say it is unrealistic because there’s a Gay/Straight Alliance at school with kids who are definitely out and there are devoted environmentalist teens. Having taught at schools where this is possible, I question those who say it can’t happen, but all the same, I don’t feel a novel must represent the majority or the average rather than the exception. But let’s get beyond details of scenery and character type: let’s get to meaning, because this book has plenty of it. M or F? follows the relationship of Frannie and Marcus, two devoted friends who share a brain. They think alike and care deeply for one another. Marcus has been out to Frannie since he moved to the school, and they accept one another, foibles and all, with open hearts. When Frannie falls for the environmentalist who also strikes Marcus’ fantasy, things get interesting. Their struggle with romance and friendship ignites a series of IM high jinks worth following.

Bleah! Sounds like a romp, you say. The feel-good movie of the year! Give me stark reality. I want blood, guts, murder, real–with a healthy dose or redemption.

I can hang with that, too. I just started watching two series–The Wire and The Killing–and love both. I loved The Sopranos and Six Feet Under. Why do I stick with gruesome mafia killings, violent deaths of teen girls, and desperate drug situations in low-rise projects? Because in each of these I’ve mentioned, someone has hope, faith, drive, or ambition. McNulty of The Wire strives to be “natural police” and Bunk and other cops rise to the occasion alongside him. In Episode 4 of Season 1, McNulty and Bunk return to an old murder scene, and while cussing colorfully with gruesome images of the murder victim splayed out on kitchen linoleum, garner enough evidence that sloppy police work didn’t recover before. Somebody went back and did a job right, and amidst the graphic horror of things, there is renewal and hope.

M or F? deals honestly with sexual orientation and young love. It also explores loyalty between friends and how we can betray one another while pursuing our own desires. This important exploration makes the book worthy of a classroom read, and co-author Lisa Papademetriou also provides a teacher’s guide for this purpose. There’s lust, but it’s not reveled in with graphic sidetrails the way Rage quickly descends. I believe in describing teen lusts and teen dreams, but like the judge, I know when things wax a bit too pornographic and don’t care to quote it for you. Or, let’s put it this way: before you show me your panties, show me your brain. I want to know why I should like you as a person before you undress.

In Rage, I know that Johanna means well, trying to tutor the violent boy and serve at hospice, but she goes through the motions of serving, either spacing out while someone dies to fantasize about her love interest, Reeve, or trying to escape when forced to tutor the violent boy. She is powered by loneliness and lust. Her best friend asks her to leave the house so she can sleep with her boyfriend.

Now this portrayal is authentic and no doubt strikes a chord with teens wracked by these struggles. We are selfish creatures in high school and act out of our worst desires. A teen or adult reader may appreciate this honest mirror and want to immerse herself deep in the ugly of the moment. Johanna is a lost protagonist, headed into a downward spiral after a dangerous girl. The blurb promises this: “In the precarious place where attraction and need collide, a teenager experiences the dark side of a first love and struggles to find her way into a new light.”

I don’t think I can wait around for the “new light.” It’s not that I can’t hang with trouble. It’s just that I need to know that Johanna has something to cling to–a decent friend, a concerned adult–and not a careless teacher who leaves her alone with a violent boy or a self-centered older sister or best friend. I haven’t met a redeeming soul yet by page 24. There is a hint of Johanna’s mom being a good force, but that’s not fleshed out yet.

I think about “how much realism” issue all the time because I’ve had an least one writing partner say of my WIP, ST. MICHAEL, PRAY FOR US: HOW WENDY REDBIRD DANCING SURVIVED THE DARK AGES OF NOUGHT: “I just want to see Wendy happy.” I understood the comment, and how I answered it is was by showing Wendy passionate about something. I wrote a new chapter where she struts down a school hallway with her life soundtrack blaring, Michael Jackson’s “Wanna Be Startin’ Somethin’.” Wendy’s not doing cartwheels of delight, but she’s empowered, she’s inspired, she’s angry, she’s righteous. After this scene she takes bold action of revenge. Within the next 15 pages, there are three “interventions” by individuals striving to connect with this alienated, freakish girl: two teens and a teacher. I can’t say there’s much happy-happy-joy-joy swirling and very few warm fuzzies, but, there’s some hope for real relationship.

In the first 24 pages, I can’t find a single soul who Johanna would want to trust. That scares me a bit. Realistic? Sure. Readable? Not so much.

I write about sexual abuse and recovery. I write about racism and adultery and envy and isolation. Sociopaths. Pedophiles. Life is ugly and that’s a truth key to my tale. I present shades of various hells on earth. But call me Pollyanna or Fairy Tale Fanny, but I need to know there is love and redemption somewhere in this mess.

Nihilism supposes that no one’s looking out for us. No one cares now or later. If the world you write about has no Good, no Right, just habits, traditions, and other human endeavors of an anthropological bent, then those readers who believe there’s a purpose to our lives may not stay for the rest of the show.

At the end of the movie Immortal Beloved, the young Beethoven races away from home in the middle of the night, having been beaten horribly by his father–so badly, he will one day lose his hearing. The movie imagines young Ludwig diving into a pond and floating, a smile crossing his face as he suddenly sees the glorious array of stars in the pitch-black night. The soundtrack swells with “Ode to Joy.” Here in the midst of great sorrow is sudden respite and healing peace. The boy still finds beauty in the strains of a melody he will someday create while his ears ring with pain.

Maybe Johanna will find love and light somewhere within the pages of Rage. I hope so. Maybe someone else who likes a certain kind of read will stick around to see.

Redemption versus nihilism. Guess which wins for me, every time?

Ask these questions of your YA manuscript:

• Is there realism?
• Do characters act “in character” and follow a code of consistency?
• Do things “fit” together? Is there coherence among plot, character, setting, image, etc?

• Is there emotional connection between characters?
• Is there redemption and hope?
• Is there enough clarity in the resolution for YA (ages 16-18), balanced with some realistic limbo and possibility? Does the story accurately portray the liminal stage of young adulthood while allowing an “emotionally safe landing space”?