It was 1986 and I was asked to read at our school’s chapel. The visiting reverend had the gospel handled; I as a senior could pick an appropriate reading to share with all my classmates. I chose the scene where Atticus shoots the rabid dog.

To me, this scene embodies everything that is wondrous about Harper Lee’s writing. A 1930s community is at a standstill from the terror of an infected dog that could end lives. “Nothing is more deadly than a deserted, waiting street. The trees were still, the mockingbirds were silent…” (103) An aging father is asked to take up a gun, in front of his children, because he’s the “deadest shot in Maycomb County” (106). 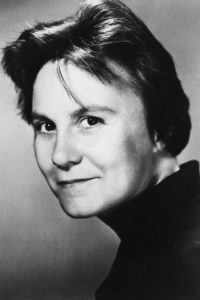 Atticus protests; he’s not shot a gun in 30 years. The sheriff begs him. His children and Calpurnia stand frozen, breath bated. The scene unfolds with cinematic perfection, every moment a slow motion rendering of suspenseful action and dialogue. Atticus fells the dog in one shot.

And the dog’s name? Tim Johnson. You can’t walk a foot inside Mockingbird without running into rich character, that wry and understated humor alternating with poignant, gut-wrenching honesty.

Jem is astounded his dad is capable of such things. He’s been so embarrassed by his father’s age and infirmity–his inability to play football and the like. He and Scout can’t imagine why Atticus has never bragged about his shooting skill. It’s because, Miss Maudie says, “People in their right minds never take pride in their talents” (107).

The 17 year-old standing before her peers and teachers that day chose this passage for many reasons, not the least of which was loving this book so much. But today I’d like to think it’s because this moment and many of the moments in Mockingbird are about doing the right thing, the humble thing, and the hard thing.

In our country, this book woke up a lot of white people unaware of or unwilling to face racial inequality. Though most still did nothing afterwards, for a moment they got a glimmer of understanding about injustice. It took the voice of a little girl from the Depression era to awaken a 1960s white-majority America to the fact that white privilege does indeed exist, that the drum major instinct–the superiority complex that Dr. King described so eloquently–is a virulent source of racial hatred.

It all comes down to whether your inner sphere is a raging brew of uncontested, ugly desires, or whether you are, as Miss Maudie says of Atticus, “civilized in your heart.” Jem is thrilled to discover this part of his father—the glorious, secret strength that craves no glory whatsoever.

“Jem picked up a rock and threw it jubilantly at the carhouse. Running after it, he called back, ‘Atticus is a gentleman, just like me!’” (107)

Harper Lee created a man whom most men and women never are and never will be. Atticus Finch of Mockingbird is a tenacious fighter for justice, saintly with his patience, and self-sacrificing at the risk of his own and his children’s safety. Atticus Finch of Go Set a Watchman is a fearful old man who rationalizes and intellectualizes his racism. My guess is the truth of any Atticus who ever lived is somewhere in between.

On this day of her death, I salute Nelle Harper Lee. She did something braver than I as a white girl would have done in 1960.

To Ms. Lee, whose magnum opus was one tiny part of a much larger Movement that had been hard fought so long already.

To Ms. Lee, who hating the limelight herself, stowed herself away like Boo Radley to appreciate the finer things of life beyond fame.

Your light is eternal, a steady flame fueling itself, seeking no air or wind from others. Rest in peace after a life well lived.

Big girls don’t cry, they don’t whine, and they sure don’t pride. I need a new verb to reform those of us with active egos (and who happen to be overhauling novels). 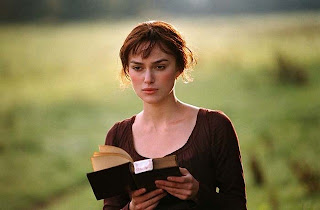 Active Ego says, “Your novel is fine as is! It’s character driven, it’s full of good scenes, it’s got that slow, realistic climb to the crisis.” Ego thinks I can argue this because I was raised by Harper Lee, who according to author of Mockingbird, Charles J. Shields, handed her editor a massive mess of anecdotes, not a story. When I say, “raised by Harper Lee,” I mean it: not only did this book become my instant favorite at age 14 but I read and re-read it many, many times to teach it to students over the years. So it’s a bit of a Bible to me. You can tell looking at the finished novel that Lee loves character and a thoughtful unraveling of plot. She loves every tiny moment that every secondary or tertiary member of Maycomb offers. How about Walter Cunningham; how about Calpurnia? Mrs. Dubose? Aunt Alexandra? How about townsfolk who serve up local flavor full of incisive themes, such as Mr. Dolphus Raymond: a man “guilty” of miscegenation and pretending drunkenness because “it helps folks if they can latch on to a reason” why a white man would marry a black woman.

I adore those languourous passages of character development, slowly unfolding like a humid summer day. She has many a side trail to show us Scout and Jem’s little world, rich with love and hate and courage and racism. Active ego says, “Lee’s your literary hero; it’s okay to follow her lead!”

But I’m not writing an adult novel with a child protagonist. I’m writing YA. So what do the people want? Big girls must ask.

What the YA reader wants is story, glorious story, moving quickly, and not one you have to hunt or wait for. Quests and missions must move at a good pace–not necessarily breakneck–then head somewhere satisfying. Even if my protagonist plows along in some general direction with lots of interesting side trails, most of us aren’t going to stick around to see the end of that journey. What with our limited time and attention spans, the average reader is more likely to prefer speed, high drama, and compelling action. Plus, I haven’t heard rumors of a Slow Read Movement just yet.

Big girls must face this fact and follow good advice. I’ve called upon the talents of several excellent, critical readers–friends, family, writing group members–many of whom are quite well-read in a variety of genres. I had my economics and history and nonfiction reading crew; those who prefer thrillers and sci fi; those who like more amorphous, character-driven narrative. Literary readers. Whatever they’re calling chick lit now readers. I heard from a few that the throughline needed clarity; that the story didn’t really take off till a certain point, while hearing from others that the quirky band of characters and its ringleader, Wendy, kept them occupied. Then a new reader took up my manuscript with fresh eyes and said two key words: external conflict. And I went back to my story and saw that there were various clashes that surged like sparklers and soon burnt out.

If you commit to an E.C., there must be a significant clash. It must motivate the character and direct the narrative. stream through the narrative, keeping readers there to find out what happens next.
YA demands a clear narrative that clings to the big E.C. and doesn’t let go.

Now I’m mapping internal and external conflicts of the protagonist in every scene using index cards I can revise and shuffle. I pose the conflicts as questions Wendy must answer with her actions. I color code the E.C. and the I.C. inside my manuscript as Wendy faces both throughout the narrative. I’ve moved key scenes from the middle or last third to the front. I’ve written new scenes. And through it all, Wendy’s making a commitment to her goals with more intensity and follow through so that readers will want to follow her.

Some authors would have outlined from the start, but that’s not how my mind works. I tend to write and think in concrete, random ways: specific scenes and reams of dialogue inundate me, and they all connect to one another in one beauteous, tangled web. So if I start all webby, I must end sequential. And Ego may say, “That’s just not my style to outline,” but guess what? I’m using the concrete, fluid method of index cards, which feels more tangible and full of possibilities, which is how I like to write my scenes. Now there is method in my concrete random madness. Now there’s an outline, slowly growing on my terms.

Ripping a manuscript limb from limb is, to say the least, humbling. Ain’t no room for ego in that mess. First I cut the 40,000 words, and for that, I patted myself on the back. But that wasn’t enough. What I’m doing now is what big girls must do if they want to finish strong.

— Who is your literary hero, and how has s/he influenced your writing? Find a passage that still rings in your head when you’re talking or writing. The quotable passage may well be speaking to your writing. How?
— How do the characters of your favorite novel both express personality and “local flavor” while also pursuing a compelling goal? Find a moment in the story when characters are expressing these three elements of story (characterization, setting, plot) simultaneously.
— Flip through To Kill a Mockingbird or another favorite classic novel and land on a scene. List the external conflict, the internal conflict, and the two answers that the scene gives.
— Do you outline or do you free write? Do you web, draw, color code, or use cards? How do you structure a large piece of writing? Why do you think this method works for you?
— What is Scout’s internal and external conflict throughout the novel? Atticus’ and Jem’s?